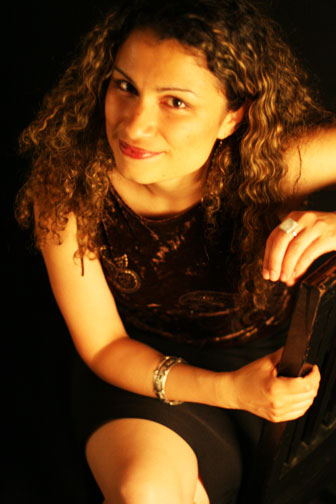 Jazz singer and songwriter Diane Nalini started singing at the age of three. Born in Montreal to Belgian and Goan parents, she sings and writes songs in four languages (English, French, Portuguese and Spanish). Her multilingual repertoire draws from her lifelong passion for jazz, French Chanson, Brazilian popular song, and great literature. “She captures jazz at its most sophisticated and joyous level,” writes Elle Magazine Canada. “I just love Diane Nalini’s voice. This is a sassy, ‘ripe plum in the Italian sun’ kind of voice… She has such sweet and effortless pitch, it’s beautiful.” (Katie Malloch, CBC radio’s Jazzbeat and Tonic).

An accomplished songwriter, composer, and lyricist, Diane has written or co-written songs that have been used in major Hollywood releases, indie films, television shows and video games.

Diane has released five wide ranging and warmly received albums, and has given gala performances for President Bill Clinton and Sir Paul McCartney. She was one of two finalists for the UK’s Young Jazz Vocalist of the Year in 2001, and was nominated for the Grand Prix de Jazz General Motors at the 2002 Montreal International Jazz Festival. She has performed in Canada, the United States, the United Kingdom, Malta and South Africa. Her 2009 album Kiss Me Like That, is a collection of 13 songs celebrating humanity’s fascination with the sky. From the title track’s infectious rhythms, to ‘Cuando sale la luna’ – Diane’s sultry ode to the moon, her original compositions on this album are all influenced by the wonders of the sky and stars. Her six original songs are perfectly complemented by classic jazz standards chosen carefully for this project, like “Stardust”, “Skylark”, “They All Laughed”, as well as her intimate interpretations of folk & pop songs such as James Taylor’s “Sweet Baby James” and Sting’s “Valparaiso.” 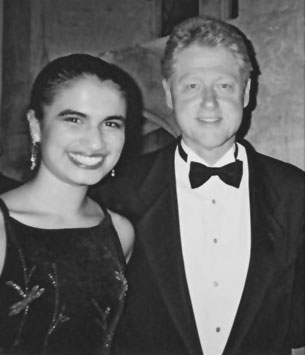 Her previous album, Songs of Sweet Fire, is a collection of 15 songs and sonnets from the plays of William Shakespeare, for which Diane composed original jazz, blues, gospel, folk and bossa nova settings. Diane launched the album at Guelph’s “Shakespeare: Made In Canada” festival in 2005. The Kitchener Waterloo Record wrote: “A gifted arranger and vocalist… Nalini made an auspicious Guelph concert debut… the highlights were three passages from literature she set to jazz – “Sigh No More” from Much Ado About Nothing, and “The Lover and His Lass” from As You Like It, as well as Alfred Lord Tennyson’s “Cradle Song.”

In a review of Diane’s second album, Tales… My Mama Told Me, Irwin Block of the Montreal Gazette wrote: “Diane Nalini has the voice, the phrasing, confidence, clarity and control to make a tune her own and turn it into a nuanced thing of beauty.”

Her debut album After dusk was described by London’s Time Out UK magazine as “a gorgeous collection, sung with quiet enunciated power”. “Her artistry shines through on two wide-ranging albums, After Dusk and the newly released Tales… My Mama Told Me“, wrote Canada’s Globe and Mail.

Diane’s music has been heard coast-to-coast-to-coast on such national CBC radio programmes as The Sunday Edition with Michael Enright, Morningside with Peter Gzowski, Tonic and Jazzbeat with Katie Malloch, Jurgen Gothe’s Disc Drive, and As It Happens. On Radio Canada’s Ici Musique, she has been featured on shows hosted by Dan Behrman, Stanley Péan, Dorothée Berryman, and André Vigeant, amongst others.

She has opened for legendary 3-time Grammy winning songwriter Jimmy Webb at Guelph’s River Run Center, and had the pleasure to perform with David Knopfler (founder of ‘Dire Straits’) for the North American launch of his album Ship of Dreams in Montreal. Other highlights have included performances at the London Jazz Festival, the Montreal International Jazz Festival, the Malta Jazz Festival, the Celebrate Toronto Festival, as well as Montreal’s 350th Anniversary Festival.

She has been a featured vocalist with a number of big bands, including her current role as resident vocalist with the Ottawa Jazz Orchestra. Diane has performed and spoken about the intersection of music, physics and education at numerous events, including Google’s SciFooCamp at their Mountain View headquarters in California. She has been a keynote speaker at the Saskatchewan Teacher’s Association and the Bell Science Fair. More recently, she was an invited speaker on music and astronomy at TEDx Dawson College. She has taught jazz singing and given jazz and songwriting workshops while with the Oxford University Jazz Orchestra, and at the Millennium Scholarship “Think Again” conference on Parliament Hill in Ottawa, Canada. Diane has chaired panel discussions at the Guelph International Jazz Festival Colloquium and the Dawson College SPACE roundtable. She was also a guest presenter at a one-day conference on “Art and democracy,” hosted by Concordia University’s Center for Continuing Education.

She studied Chinese watercolour painting and calligraphy for 10 years with the late Virginia Chang. She exhibited and sold paintings with the Montreal-based Ting Sung Group. For Songs Of Sweet Fire, she painted 16 original watercolour paintings inspired by the songs, to accompany Shakespeare’s lyrics in a full-colour, deluxe 20-page booklet.

Diane performed and studied classical ballet, jazz and modern dance for over 15 years. She was a soloist with Les Ballets de la jeunesse in her late teens. She also studied jazz ballet and modern dance for several years, and performed as a soloist in various shows by Montreal choreographers Sheila Lawrence and Claudine Bouchard. She combined her dance and singing experience when she performed the female lead in GLA Productions’ staging of “Fame – the musical”, at the Old Fire Station Theatre in Oxford in 2000.

Diane obtained her bachelor’s in honours physics from McGill University, and then went to England on a Rhodes Scholarship to obtain her doctorate from the University of Oxford in applied physics. She stayed on at Oxford for post-doctoral fellowships in materials science and astrophysics. Diane taught physics at Marianopolis College in Montreal, and then held a faculty position in the physics department of the University of Guelph for five years. She then decided to pursue her interest in science-based policy. She now lives in Ottawa.